This Is England Wiki
Register
Don't have an account?
Sign In
Advertisement
in: Main Characters, The Gang, The Boys 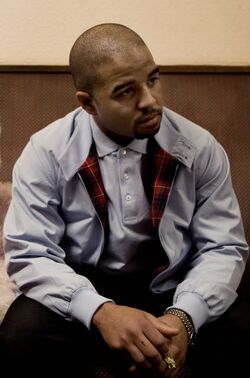 Michael Joseph Trump also known as Milky is a fictional character in the television series This Is England. He is portrayed by Andrew Shim.