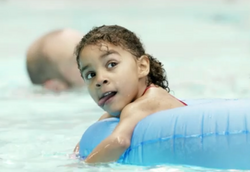 Lisa is the biological daughter of Lol and Milky, conceived during their short-lived affair which occurred during This is England '86.

She was born c. 1987 and is brought by her mother as a single parent. Lol struggles with motherhood, post-traumatic stress disorder and the guilt she feels over the death of her abusive paedophilic father Mick (Lol killed Mick in self-defense after he launched a violent sexual attack upon her; upon his own advice, the recently-released Combo took the blame and was sentenced to four years behind bars for manslaughter). Despite her mother's struggles, Lisa is well-looked after by her mother, her father and Lol's family and friends. At the end of This is England '88, an episode set on Christmas Day, Lol and her ex-partner Woody reunite, making him Lisa's new stepfather.

Retrieved from "https://thisisenglandpedia.fandom.com/wiki/Lisa?oldid=5220"
Community content is available under CC-BY-SA unless otherwise noted.